As a vegan, I truly believe all lives are valued and deserve to be free from torture and injustice. That’s why I wholeheartedly dove into supporting the Black Lives Matter movement after learning about what was going on in America. I have always been against racism and, as a woman of colour, understand racial discrimination to some degree (however, not on the scale that the Black community suffers every day). Admittedly, I have only seen myself as actively anti-racist over the past couple of years.

I have been saddened to see some vegans using the BLM movement to talk about veganism. I am against animal cruelty and have been for over 10 years, but I am also well-informed of the injustices Black people have faced for centuries. My veganism and feminism has always been intersectional, however I am accepting that sometimes in life it is more important to discuss one issue over another. It is my unpopular opinion that I do not believe veganism is as important to talk about right now as the Black Lives Matter movement, and I have been met with rage from some of the vegan community for expressing this.

We are always given the analogy, if a baby lamb and a baby human were trapped in a burning house and you could only save one, who would you save? Both of these are deserving of life, however most animals would save their own kind over any other animal – it is nature.

One of our own is suffering right now from a system created by us. Black people have been fighting for their lives for centuries and this is the first time the whole world is listening. By making this about veganism, you are taking away from the biggest civil rights movement to date. One vegan said to me, “humans won’t stop discriminating against one another if they can’t even agree that a pig doesn’t deserve to be gassed alive for your breakfast”, and I actually disagree. A racist policeman is not going to stop discriminating against Black people if they are vegan. Veganism will not get rid of the prejudice beliefs about Black people that have been engrained into White and non-Black POC through the system for years. We can only combat this through educating ourselves on the Black Lives Matter movement and about anti-racism. We will not learn how to dismantle a racist system through veganism.

Disclaimer: I am aware that the worst effects of climate change affect Brown and Black communities, however this is all part of the racist system that needs to be dismantled.

View all posts by pocketsizedvegan 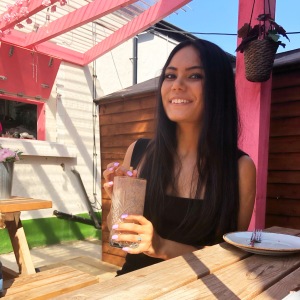 Hey, I’m Honica, a 24 year old vegan of 6 years. I hope you can find what you’re looking for on here, please check out my instagram for food posts and meal ideas!